Over a 5-year period (1974 to 1979), David P. McWhirter, MD and Andrew M. Mattison MSW, PhD interviewed 156 gay male couples (in the California, San Diego County area) in depth about their significant/intimate couple relationship. The couples were not in therapy and had lived together anywhere from 1 to more than 37 years. The mean time in a relationship was 8.7 years, with median being slightly over 5 years.

The study documents how the relationships between two men develop and are sustained.

From the interview data, McWhirter and Mattison identified: six developmental stages of relationship between gay male couples (the first four stages occurring within the first 10 years of the couple’s relationship).

The conceptualisation of developmental stages are helpful in the clinical approach to therapy with gay male couples. Also, they may assist gay men with their intimate relationships in identifying (for themselves) aspects of their relationship to which they may, or may not, wish to attend.

Blending is experienced as the intensity of togetherness gay men feel early in their relationships. Their similarities bind them, their differences are mutually overlooked.

By the second year more attention is paid to their surroundings taking the form of homemaking activities. Couples in this stage also tend to see each other’s shortcomings and discover or create complementarities that enhance compatibility setting the stage for the mixture of positive and negative feelings about the value of the relationship: ambivalence.

Maintaining the relationship depends upon establishing balances between individualisation and togetherness, conflict and its resolution, autonomy and dependence, confusion and understanding. The intense blending of Stage Two clears the path for the re-emergence of the individual differences, identified here as individualisation. Individualisation requires some necessary risk-taking.

After 5 years together, couples experience a new sense of security and a decreasing need to process their interactions. The individualisation of Stage Three can progress to the establishment of independence, sustained by the steady, dependable availability of a partner for support, guidance and affirmation.

Trust develops gradually for most people. The trust of Stage Five includes a mutual lack of possessiveness and a strong positive regard for each other.

The twentieth anniversary appears to be a special milestone for gay male couples. A surprising number of couples reported a renewal of their relationship after being together for 20 years or more.

During my (Dean Richardson) Postgraduate studies in Psychodynamic/Systemic Couple Counselling our class was introduced to couple developmental stages from E. Street’s “Marital Stages” study (on heterosexual relationships). Comparing Street’s discoveries with “Gay Male Partnership Stages” by McWhirter & Mattison we might begin to see an interesting correlation:-

Through study we find that gay male couples form as legitimate and well-defined intimate relationships as their heterosexual couple counterparts; showing development stages comparable and similar to each other. 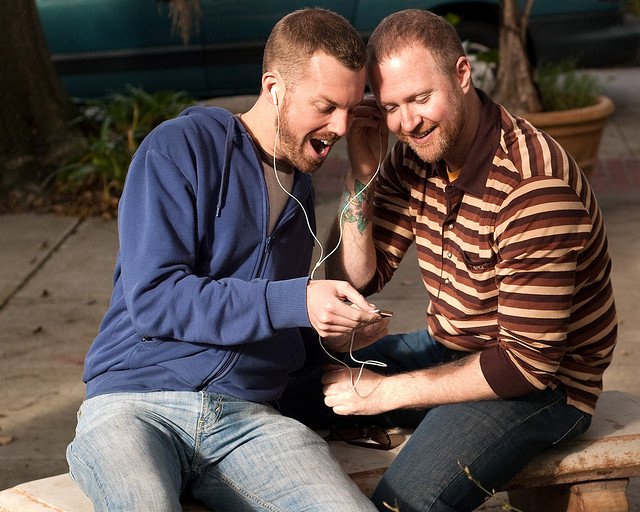 I Bet It's `Can't Get You Out of My Head` CarbonNYC

Reach Out to us…


056 0366 3067
(voice messages only)
*056 are non-geographic numbers for Internet based telephone communications. Anyone can call this number through the traditional phone system; costs are the same as if calling a standard UK 01 or 02 landline number.